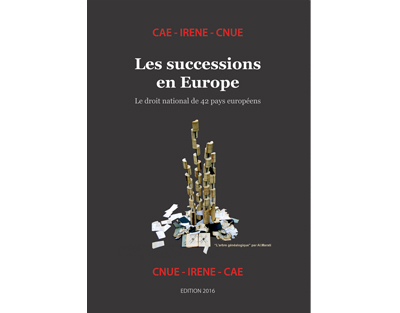 A book for Europe, for the legal world and citizens.
The book “Successions en Europe” (“Successions in Europe”), being the product of excellent collaboration between all the European notarial institutions, is an important work for the following reasons:

Sound knowledge of the foreign law enables its application to the settling of a succession, both in advance and in preparing it as appropriately as possible.

It should be stressed that this publication is the product the European notariat’s initiative. It is based on the “Manuel de Droit Privé et de Justice Préventive” (“Handbook of Private Law and Preventive Justice”) by the Vice-President of the I.R.E.N.E, Mr Alfonso Renteria, and has been updated by notaries and their highly competent staff.